Write an essay in response to the passage below. You should discuss the extent to which you agree or disagree with the passage and explain your reasons for the position you take. In developing and supporting your position, you should consider ways in which the author’s opinion might or might not hold true and explain how these considerations shape your position. You should provide your own title and write about 800 words.

Are human beings more or less

Ever since human beings evolved on Earth, they have been using their intelligence to make their lives easier. They have discovered natural laws, made tools, built facilities and adapted to their environment. Inventions and discoveries have liberated people from tedious work and with the assistance of technology in this information age, this process has been ever more accelerated.

Nevertheless, some argue that technological development has rendered humans lazier and ignorant. Throughout history most humans have had to do some manual work: from weaving cloth to repairing equipment. However, many people have gradually lost these skills as such work is increasingly done by machines. Artificial intelligence allows machines to perform even more intricate operations with pre-installed instructions. It is true that intelligent people are still masters of such technology so that some individuals will use their intelligence to develop and control machines. However, the majority of people are being deprived of the necessity to think and to find solutions to complex situations on a daily basis. Human beings as a whole are becoming much less intelligent than their ancestors. 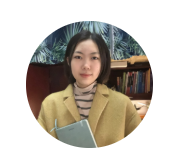 Gone are the days when human beings were compelled to resort to laborious physical efforts for the completion of their work, owing much to the fact that the age of technological scarcity has given way to technological affluence in the 21st century. Such time-wasting tasks as heading for each individual for collecting statistics for research or searching for a rare book in a physical library has come off as anachronistic. Yet it remains hard for us to escape the latest overexcitement among the public about the issue that whether those dexterous gadgets have evolved to be a substitution of our independent thoughts and intelligence. However cogent the above paragraph provided may seem to be, I am still inclined to favor the vision that the burgeoning of technology-supported devices and machines, far from retarding or sapping our nimble minds, serves as a catalyst for our intelligence.

To begin with, the existence of technology, coupled with our yearnings to push ahead with it, gives rise to human creativity, a salient element ensuring a broadened mind, innovation, and thus social progress. In the popular imagination, our lust for labor-saving machines stems from idleness and laziness, or a sense of hedonism. However, the caricature is incontrovertibly mistaken, considering over the course of making a stab at production, novel ideas of thought-provoking significance are bound to be engendered. Typical of these come from some widely known cases. It is exactly the assistance of such catch-all platforms as Wechat and Alipay, originally for communication and mobile payment, that induced human creativity in designing and incorporating services like ride-hailing and ticket-booking in them. It is the very auspice of highly advanced calculation systems in terms of spacecraft production that enabled the first commercial spacecraft from Space X to be sent into space, equipped with a rather different mission of probing more of interest in the universe. It is the support of energy-conversion systems that triggered scientists and researchers' novel ideas in transforming wave power into electricity, which has gained rudimentary outcomes in the Beijing Institute of Nanotechnology. Analogous cases to prove smart technologies work to sharpen our minds are far from exhaustive. It could be therefore concluded that human intelligence, especially our creativity, is boosted in the tech-rich era.

In addition to enhanced human creativity, highly-advanced technology spares us from unfathomably complex issues and provides us with time and energy to fully demonstrate and develop our emotional intelligence that machines, however smart they are, are not in possession of. To be specific, though those machines deterred us from exerting a strong willingness to take physical action, they, at any rate, grant widened rooms for us to utilize our emotions — considered as one of human intelligence as well. A salient example of this could be found in hospitals. AI-powered diagnosis, in synergy with nanomedical robots, acts as a pressure buster for doctors in performing a series of tests and complicated operations. Yet patients are always filled to overflowing with apprehension and terror in the face of such operations. Under the circumstance, what our doctors, already rendered much more relaxed by those smart machines, can do lies in showering the patient with utmost solace by giving verbal encouragement and emotional support. It is the same in other lines of business where human emotions and empathy therefore find their positions in the modern world. Hence, it is lucid that breakthroughs made in the field of sciences and technology ensure the enhancement of our emotional intelligence.

Apart from the above two points, under the never-ceasing growth of technological machines, human beings embark on a path of greater ease to grasp knowledge and arm themselves with maximized expertise. Just as drones can make up for poor roads, learning platforms free of charge, such as MOOC (Massive Online Open Courses), overcome a deficiency of education of assured quality in some rural areas. For instance, the life story of Wang Dakang, a known ordinary figure in our society, made his way up in education with the assistance of technology. As a late starter in terms of learning, it was not until the age of 45 did he come up with the idea of pursuing a higher degree on the basis of nothing but a secondary-school certificate. By resorting to the internet on which an ocean of study materials was available, Wang, at the age of 50 was enrolled in a college majoring in Journalism. Yet his pursuit for knowledge did not come to a halt after his graduation four years later, which could be demonstrated by his subsequent self-learning online in Literature and Music. At the age of 60, he was admitted by a prestigious university as a postgraduate student in Literature. From this, it is facile for us to witness that the initiative to learn even at an advanced age, on the contrary of being deprived, is even strengthened with the rise of the internet.

To recapitulate in short, the perspective that mankind is growing to be imbecile in today's technological age, in view of the above analysis, proves groundless most of the time and thus deserves no justification for our support, since how we human beings behave is, in actuality, developing to be rather creative, emotionally smart, and knowledgeable. Therefore, it is time to mount a reversal of a misconception that the influx of advanced tech products threatens to retard our intellectual growth. 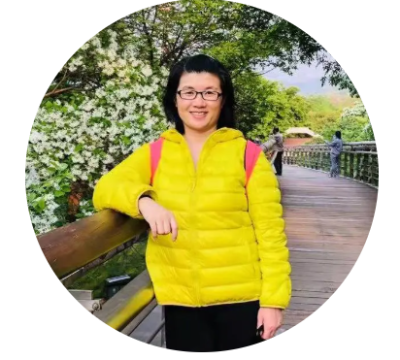 文章句式结构复杂，表达多样，选手能够娴熟使用富有层次的名词性短语、分词短语、各类关系从句。在第二段使用三个强调句it is... that排比举例进行论证，句式掌控能力强。插入语作为句子主要内容的补充和说明，是写作中体现语言技能的一大要素，而本文的一个显著特点就是对插入语频繁且有效的使用，如coupled with our yearnings to push ahead with it, originally for communication and mobile payment等等。

其次，第三个主体段的主要内容为技术进步使人能够更加便捷地获取专业知识，并列举详细案例进行阐释，但本段内容与全文主旨句the burgeoning of technology-supported devices and machines, far from retarding or sapping our nimble minds, serves as a catalyst for our intelligence关联性较弱。

此外，总结段应总结主要内容并重述主旨，但是本文总结段提出的the perspective that mankind is growing to be imbecile in today's technological age, in view of the above analysis, proves groundless most of the time and thus deserves no justification for our support在前文并未得到论证。 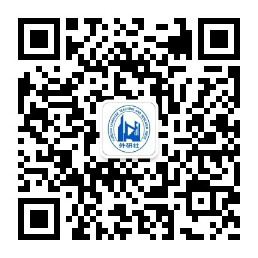